By now many of us has heard the inspirational story of eggs, potatoes, and coffee beans. For those of you who are unfamiliar with this story allow me to summarize it for you.

An egg, a potato, and some coffee beans are all put into some boiling water.

When the egg was placed into the water it was fragile. A thin shell was all that protected its liquid center. When it came out of the water it had become hard on the inside.

When the potato went into the water it was strong and hard but after a short while it softened and became easily mashed.

The coffee was unique. The coffee changed the water and created something new.

The moral of this story is that the adversities we face in life are like the boiling water. It will change us if we allow it to. Adversities can either make us hard or soft. Instead of allowing hard times to change us we can choose to change the times instead.

That lesson is very important but I think there is even a greater lesson to be learned from this story.

How did the coffee beans change the water?

We live in an age where civil discourse has gone the way of the rotary telephone and photo huts. He who screams the loudest for the longest period of time wins the argument. We try to change hearts and minds with threats, name calling, lies, demands, intolerance, and all other forms of verbal abuse and bullying. When that fails we protest, boycott, riot, loot, and destroy. We attempt to change hearts and minds in the same way the boiling water changes the egg and the potato.

The only thing the coffee beans did to change the water was to allow that which was good within them to come out. When the goodness inside the beans came out and entered the water it changed the water to something that was equally as good. This doesn’t happen in an instant. The beans had to sit in the water for a while. The longer the beans sat in the water the more the water became like the beans.

And so it should be with us as well. Don’t counter hate with hate or yelling with louder yelling. Instead allow the goodness within you to come out. Love conquers hate. Compassion counters hostility. Love and time can heal the wounds that run so deep between us.

When faced with the lack of civility that surrounds us remember the coffee bean and allow our goodness to conquer the hate. 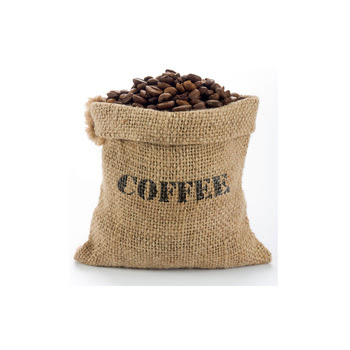 I once had the pleasure of listening to a priest tell a story from his childhood. He told about growing up in the city where he and the other neighborhood boys would gather to play a game of stickball. It never failed that the ball would be hit over the fence into the yard belonging to Mrs. Pritzker. Mrs. Pritzker would torment the young boys and would keep the balls that would land in her yard. She was one of those people you would cross a busy street for just to avoid walking past her house. The boys loathed Mrs. Pritzker.

Later in life this boy would go on to discern the priesthood. He learned that we all are created in the image and likeness of God and that Jesus lives in every single person. One day at Mass when the priest elevated the host he saw the face of Mrs. Pritzker superimposed on the host. In his heart he heard the voice of Jesus.

Do you hate another person? Do you hate Trump or Pelosi or anyone in our political circus? Are you holding a grudge against a family member or another person who you believe wronged you? Do you celebrate when someone gets theirs? These things bar the gates of heaven from being opened to you. Either you learn to let go of the hate and the grudges in this life or you will carry them over to the next life where you will spend as long as it takes in purgatory to do so. If you refuse to let go of the hate in your heart it will become an all consuming fire in hell.

Hate in this world is like shackles that bind us in slavery to the devil. It blinds us so that we cannot see Jesus in another. No one wants to hurt someone they love. It is easy to hurt those we hate. This is why we are called to love one another. We are called to be merciful. Scripture tells us that we will receive mercy in the same measure that we give mercy. If you want to receive the full measure of God’s mercy you have to begin by giving the full measure of your mercy. You must learn to let go of the hate and the grudges that keep us from loving freely as God does.

We cannot begin to solve the troubles of our society until we can look at one another through the eyes of love instead of hate. If we loved those who looked differently from us we wouldn’t treat them differently. If we looked upon all people with love we would not tolerate injustice to any of them. If we truly loved our neighbor we wouldn’t let things like race, religion, sexual preference, or the voting letter behind our names separate us into groups. The devil wants to separate us into groups and then pit those groups against one another. God wants us all to be one family putting the other before ourselves.

Can you put the needs of someone you despise before yourself? That is what God requires us to do. 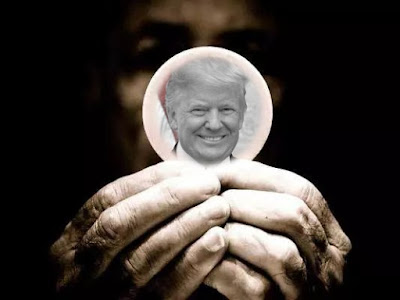 The Parable of the Two Sons

What is your opinion? That is the way Jesus begins our Gospel today. We all have our own opinions on what it means to be a disciple of Christ. We all hear the same Gospel and we all decide for ourselves how we put that into practice in our own lives. What we don’t have and what we have never had is Jesus standing up here giving us his opinion of our efforts.

The chief priests and elders also had their own opinions on what it meant to be in relationship with the one true God. Their opinions were based upon their education and their experience which led them to a strict dedication to the law, not the law maker. Unlike us, they did have Jesus standing before them. And as we heard he let them know in no uncertain terms what he thought of their efforts.

In his rabbinic style Jesus starts off with the parable of the two sons. The first eventually goes off and does as his father asks him to after he has a change of mind. The second says yes with his lips but then goes off and does as he pleases. Jesus is very critical of those who only say yes with their lips and refuse to change their minds. This was the point he was trying to make with this parable, the importance of changing one’s mind. The word used in Greek is metanoia and from that we get the word repentance. John the Baptist came preaching repentance. Jesus followed teaching that repentance is the only way to eternal life.

Imagine how that message was received by the chief priests and elders. No one would have been surprised if repentance were preached to just the tax collectors and prostitutes. But these were men who have studied the Law and had dedicated their entire lives to the practice of their faith. Now they were being told to change their minds; that sinners were getting into the kingdom of heaven before them. As the first reading goes, “That’s not fair.” But then, we don’t have a God of fairness. We have a God of love. Jesus didn’t come to say what made the people feel good, but what they needed to hear. Love is love even when it is hard to accept.

Jesus loved these people and he only wanted what was best for them. He didn’t tell them to stop what they were doing or to do something differently. He was simply trying to point out that even when they thought they were doing what God wanted that they not become complacent in doing it. He knew that in their complacency they began to exalt the law over the Law maker and to view the people around them as problems to be solved and not as people to be served. In doing this, love became a precept of the law and not the very heart and reason for it.

This parable is no easier for us to hear today. Still, Jesus is not here to tell us what makes us feel good but what we need to hear in order to have a deeper relationship with him. His voice echoes through the scriptures challenging us in our complacency, just as he challenged the chief priests and elders. This is not meant to be an insult to us, nor does it mean that everything we are doing is wrong. He is calling out to us through love alone.

In whatever we are doing, no matter how much we think we are doing what God wants, we must never grow self-satisfied or complacent. Rather, we must constantly resolve to never cease changing our minds, to never stop repenting, until that moment comes when we have the mind of Christ. Only then can we be one with him. 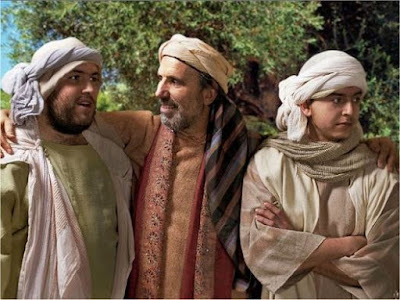 “The Christian ideal has not been tried and found wanting. It has been found difficult; and left untried.” G.K. Chesterton