A ship was returning to her home port after a long deployment out to sea. The sailors manned the rails in their dress uniforms. There was an excitement in the air. They were anxious to get home to see their families they had been away from for so long.

The same anxious excitement filled the crowd waiting on the dock for the ship. As it appeared on the horizon the excitement grew. The closer the ship came to shore the more frenzied the crowd became. Then came the words every sailor longs to hear upon returning from a long deployment. “Moored, shift colors”. Jubilant cheers erupted from the families as balloons flew heavenward and the band began to play. The sailors finished tying the ship to the dock and waited for that glorious announcement over the 1MC – “Liberty Call, liberty call”.

Sailors flooded over the brow to the awaiting arms of their loved ones. Spouses reunited; parents snatched their children up in tight hugs. Smiles, laughter, and happy tears were all that could be seen.

But one sailor could not find his wife and son as he looked throughout the crowd. His excitement quickly faded and worry took over his face as the families began to leave the dock and head for home. His family was no where to be found. They were not there. Then a fear gripped the sailor as he hurried to catch a ride to his home.

As the taxi stopped in front of his house, he saw his wife’s car in the drive way. He threw a wad of bills at the driver and leapt from the car. As he approached his front door his fears changed as he grew concerned what he may find inside. He threw open the door and looked inside.

His wife was in the kitchen, cooking at the stove. His son sat on the living room floor building a cabin out of Lincoln logs. His wife turned and looked at him with a big smile on her face. “Welcome home, honey. We have been waiting for you,” his wife said with glee.

A wash of relief flooded the man when he realized his family was safe. A brief glimmer of joy filled his heart to see his wife and son again. That quickly was replaced by a heavy feeling of sorrow. The other families were giddy with anticipation watching with joyful excitement from the dock for their sailors to return to them. His family simply waited at home for him.

There is a difference between watching and waiting. Watching is an expression of love. It is something you actively do. The father of the prodigal son watched without ceasing for his son to return to him. Even when he was a long way off, the father saw his son and ran to meet him with a joy-filled heart. The son’s brother only waited for him and did not know that he had returned until he was told so by one of the father’s servants. Likewise, the five wise virgins watched for their master’s return and also ran to meet him with full lamps when he returned. The five foolish virgins simply waited and let their lamps run dry.

Jesus wants us to be watchful for his return. He wants us to see him even when he is a far way off and run to him with joy-filled hearts. He does not want us to just sit around and wait. Like the ship, Jesus wants to be welcomed back with fan fair, balloons, and singing when he arrives. He doesn’t want to have to come and find us.

The Church gives us the season of Advent to rekindle that fire in our hearts. Advent is a time where we are called from our sleep to have our anticipation renewed. We are called from our waiting to be watchful again. Advent is a time we celebrate Jesus, yesterday, today, and tomorrow. As we prepare to celebrate his nativity at Christmas, we also prepare ourselves for his return. We do this best by recognizing Christ present to us today.

As Catholics, we are not called to live in the spirit of Advent only during the season of Advent. We should have the spirit of Advent in our hearts every time we come to the Holy Sacrifice of the Mass. We start Mass by asking Jesus to come and be present with us. We are joyful at the consecration of the Eucharist because the Lord is here. We end Mass with the assured hope that he will come again. Every Catholic should come to Mass as giddy as a young child staring at all of the brightly wrapped presents under the tree on Christmas morning. Jesus gives us himself, body, blood, soul, and divinity at every Mass. It is the greatest gift that has ever been given. It is the gift of sacrificial love.

Let us return to being watchful people again this Advent. Let us be prepared to run to meet the Lord when we see him approaching from far off. Let him not find us simply waiting for his return. 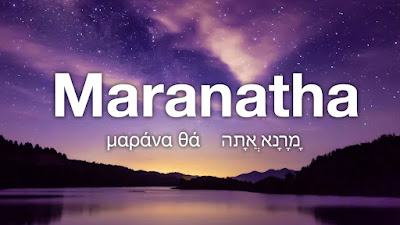 Evangelizing Worldwide!
“The Christian ideal has not been tried and found wanting. It has been found difficult; and left untried.” G.K. Chesterton